Louise was born in August 1828 in the Hague, and was the daughter of Fredrik of the Netherlands and Louise of Prussia.

She was chosen as a suitable wife for the Swedish heir to the throne, Karl (XV). Their wedding took place in June 1850 and her official name became Lovisa. In 1859, she became queen of Sweden and Norway. Lovisa and Karl XV were very different, and their relationship was never particularly happy. They had two children, of whom only their daughter reached adulthood.

Lovisa devoted himself to charity work and was the patron and founder of several associations, such as a care home for sick children, a school for deaf children, and a society for the establishment of orphanages in Lapland. 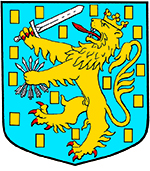