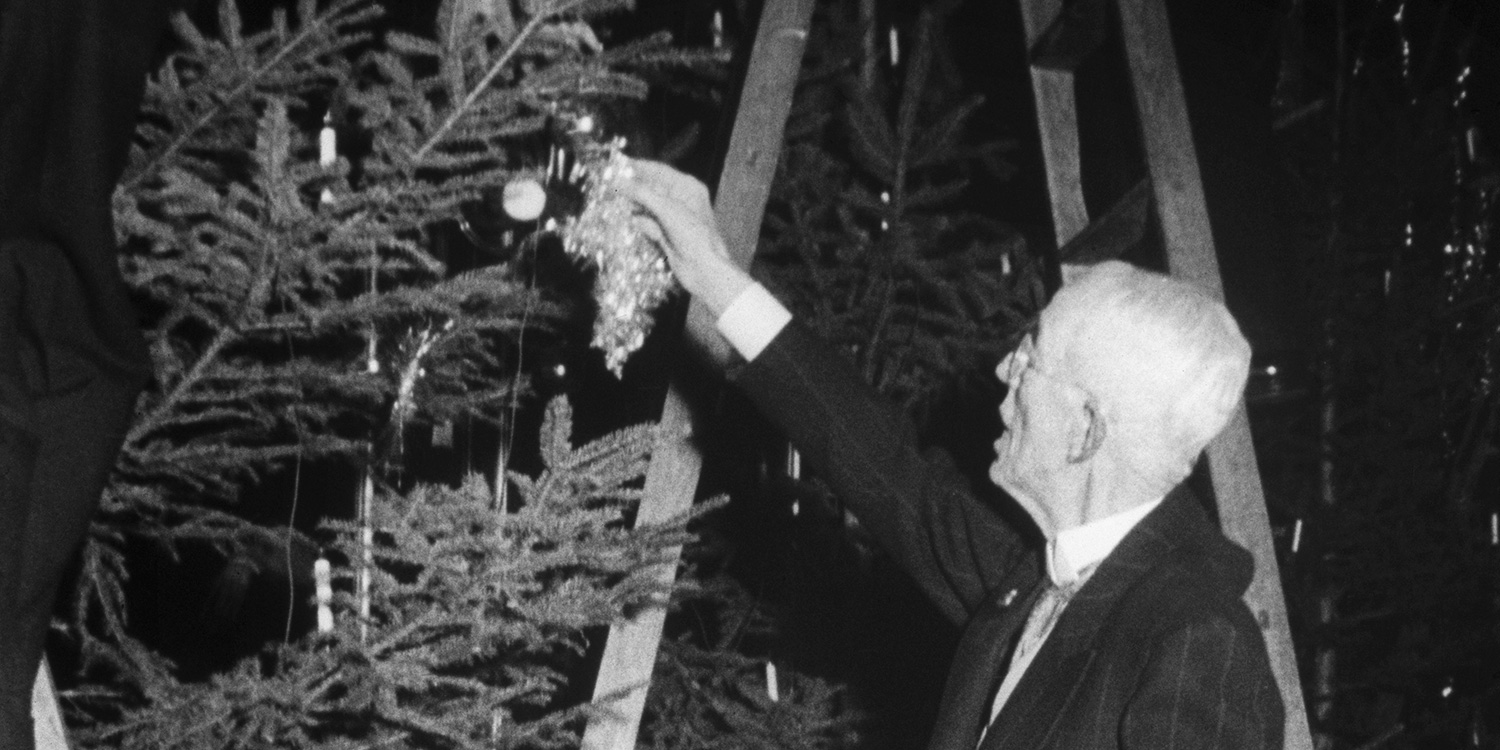 King Gustaf V liked to celebrate Christmas at Drottningholm, where the festivities were more low key. Only three trees were decorated, the Christmas dinner began with ice cream, and the holidays were rounded off with a party for the grandchildren and their friends.

Three Christmas trees stood in the General's Room, austerely decorated with silver balls and candles. The family gathered outside the room and the children lined up in height order, starting with the shortest. Queen Victoria rang the traditional silver bell, and the family were then allowed in to see their present tables. The custom of all the presents being unwrapped – and not only the employees' presents – dated back to Queen Victoria's childhood Christmases in Baden.

Christmas dinner began and ended with ice cream. King Gustaf V enjoyed a more English-style Christmas dinner, with turkey and a flaming plum pudding. He was something of a gourmet, but ate very little himself. A Christmas morning service was held in the Royal Chapel at Drottningholm.

It all ended in disaster when Prince Eugen wanted to join in the game.

Wild games in the palace and the park

The children came up with various games to help pass the time during the long Christmas holidays. In his memoirs, Count Sigvard Bernadotte described how they set up a badminton net in the Hall of State and played in secret. It all ended in disaster when Prince Eugen wanted to join in the game. Dressed in galoshes to avoid sliding on the floor, he jumped around – not entirely gracefully – as he tried to reach the shuttlecock. That evening, the badminton players learnt that the crystal chandeliers on the floor below had swayed so violently that one of the ladies of the court had a glass pendant drop into her afternoon coffee. This put an end to the badminton playing.

The adults spent the days between Christmas and New Year hunting in the grounds around the palace.

On Twelfth Night weekend, Queen Victoria arranged a party for the grandchildren and their friends. The party began with hot chocolate and whipped cream, accompanied by plenty of cakes. The wild games then began. Count Sigvard Bernadotte recalled in his memoirs how his sailor suit was soaked through and filthy by the time the mothers came from the queen's coffee gathering to collect their children. 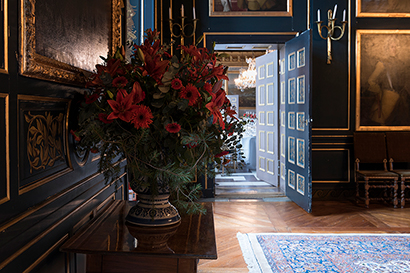 The General's Room at Drottningholm Palace at the time of Prince Gabriel's christening in December 2017. Photo: Lisa Raihle Rehbäck/Royalpalaces.se 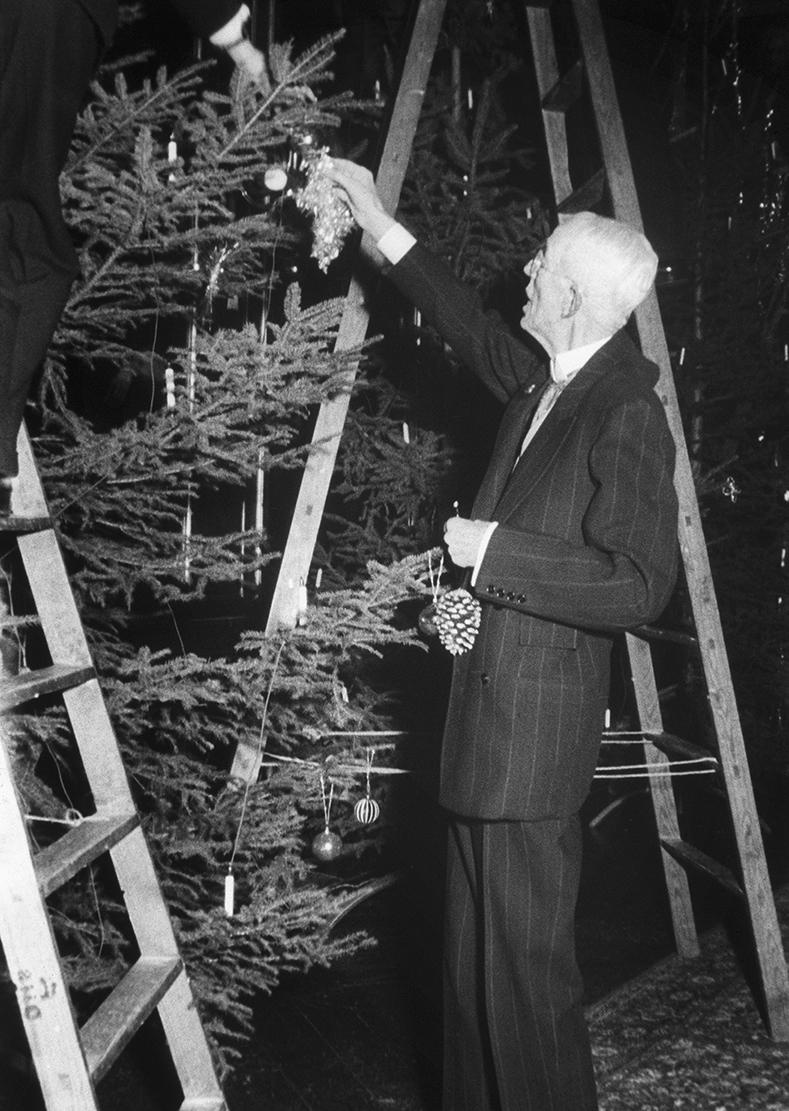 King Gustaf V decorates the trees at Drottningholm Palace, Christmas 1942. Photo: Engelberth Bengtsson. From the archive of the Bernadotte Library. 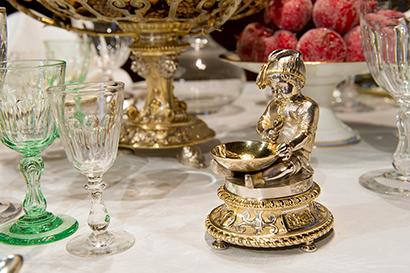 The silver Elf Service was a wedding gift in 1881 to the then Crown Prince Couple Gustaf (V) and Victoria. Photo: Alexis Daflos/Royalpalaces.se 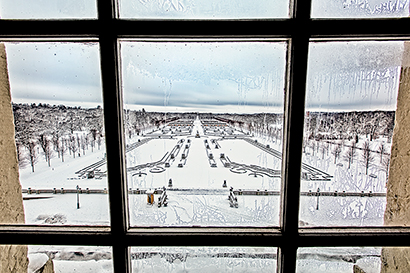 During the festive period at Drottningholm, there were plenty of games and hunting. Photo: Ralf Turander

FIND OUT MORE ABOUT CHRISTMAS CELEBRATIONS

Find out more about Sweden's kings and queens

Tickets
A history of style – Baroque

In Sweden, we divide the Baroque into two periods: the Caroline Baroque, with its Northern European influences, and the later Tessin Gold...

A new era – the Age of Liberty, the time of the playful Rococo – dawned in Sweden in the mid-18th century. The Caroleans had been replace...