The Legend of Leo

Leo is unlike any other lion in the world. In its glass box in the Upper Armoury, Gripsholm’s very own lion is perhaps more comical than impressive, with its close-set eyes and human-like teeth.

The king of beasts has long played an important role as a symbol of power, strength and courage. The Gothic lion became part of the new mythology surrounding royal power during the time of the Vasa sons. During Sweden’s time as a great power, the lion had a prominent place in heraldry, and kings and queens were portrayed with lions by their side. At the Royal Palace of Stockholm, the approach to Lejonbacken is guarded by two muscular bronze lions.

An 18th century lion with an uncertain history

The real life lion was also amongst the exotic animals that were sought-after in the royal houses of Europe. To give a lion as a gift was a meaningful gesture between sovereigns. Leo the lion was almost certainly one such gift, but no-one knows when he came to Sweden. The tale that has long been told about him is the stuff of legend. According to the legend, Leo was a gift from the Bey of Algiers to King Fredrik I, a gift in return for the ‘tax’ that Sweden paid to avoid the Barbary States’ piracy in the Mediterranean Sea. This lion however, was quickly donated on to the Elector of Saxony.

Nevertheless, he is still a royal lion from the 18th century, even if we don’t know much more. He is the star of Gripsholm that elicits every emotion from wide-eyed wonder to amused laughter. 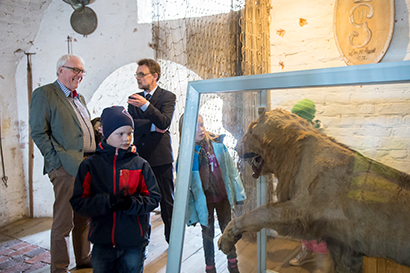 Leo is both comical and surprising. Photo: Kate Gabor 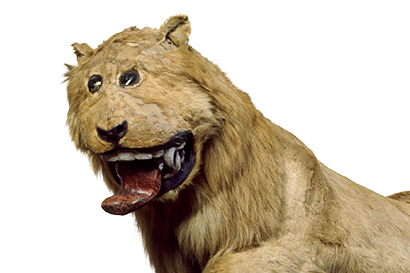 Nowadays, Fredrik I’s lion with its bizarre expression is something of an online celebrity. Photo: Alexis Daflos/Royalpalaces.se