King Gustav III was very fond of Gripsholm Castle, and often came here with his entire court – almost one hundred people. He set up a kitchen – Kronköket – where food was prepared during the court's sojourns here from 1773 until 1785.

The red-plastered wing that visitors see at the moat, where the inner Kronköket and the Bakery are located, was built during the time of King Gustav Vasa, probably in the 1550s.

Food was prepared in the inner and outer Kronköket. The stoves are simple arrangements with cavities for cooking vessels that were heated from beneath, and with large hoods.

The Bakery was colder, as cooler temperatures were needed for preparing baked goods. Here, there is another stove and a baking oven.

The leaves of the long tables are about a century older than Kronköket. They were originally work benches from the old kitchen, which was built on poles at the water's edge at Sjöporten.

The building was given its name – the Hauptmann Wing – in the late 17th century when the Queen Dowager Hedvig Eleonora had a home furnished for the castle's hauptmann, the second highest position in the queen's household, Livgedinget. Traces of the décor from the time of Hedvig Eleonora can still be seen in the inner Kronköket.

Today, Kronköket is open when the Red Cross serves refreshments on Epiphany weekend. 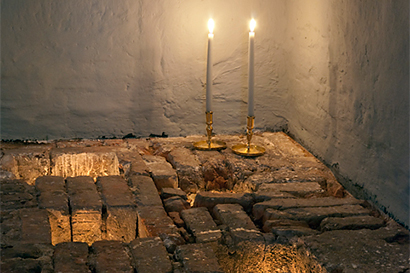 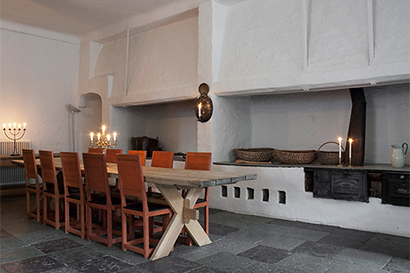 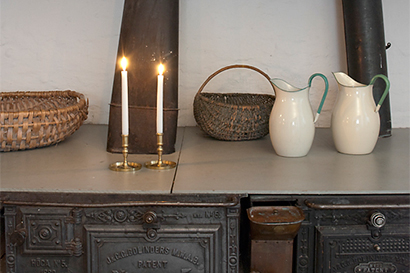