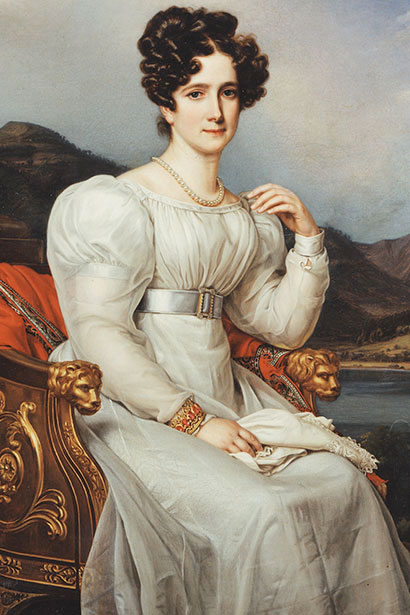 Fredrika Dorotea Vilhelmina of Baden was born on 12 March 1781 in Karlsruhe. King Gustav IV Adolf married her at Stockholm Palace Chapel on 31 October 1797.

The marriage was initially described as a happy one, but they divorced in 1812 – the first and only time a Swedish king and queen have divorced.

They broke up following the king's loss of Finland after the Finnish War in 1809. King Gustav IV Adolf was then arrested, deposed as king and expelled from Sweden.

Fredrika has given her name to the Norrland towns of Fredrika, Dorotea and Vilhelmina. Part of southern Lappland is unofficially known as Drottninglandet ('Queenland') in her honour.

Portrait by Joseph Karl Stieler, 1826, oil on canvas. The portrait can be seen at Gripsholm Castle. Photo: The National Museum